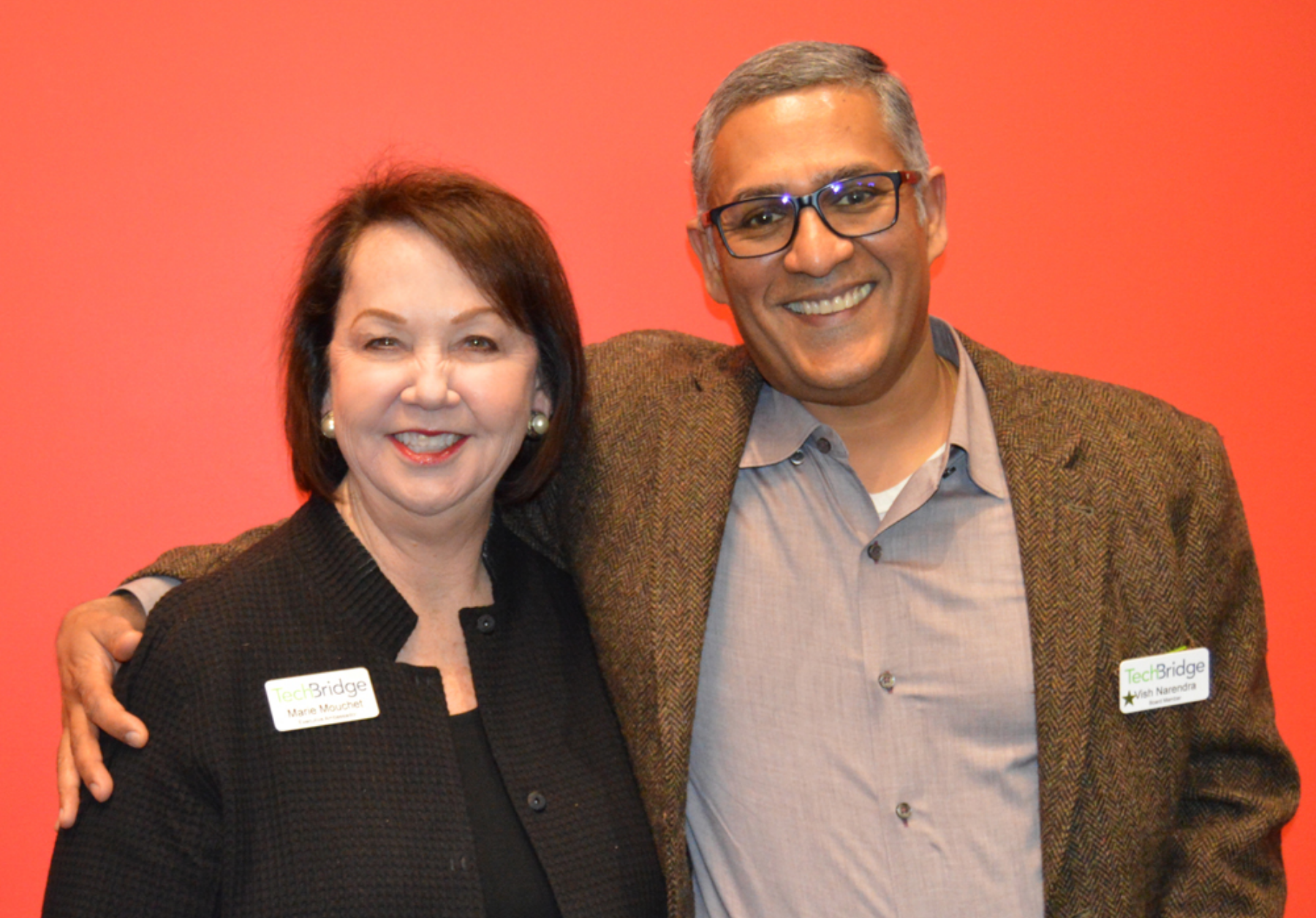 Marie Mouchet, Vice President and Chief Information Officer at Colonial Pipeline has been recognized for her leadership in the Georgia nonprofit community with the Ed Steineke CIO Award presented by TechBridge. Mouchet is a known as a thought leader and strategic thinker and is sought after by organizations to challenge the status quo, establish effective organization structures, and deliver innovative technology solutions using emerging technologies to drive business growth.

Outside of the office, Ms. Mouchet is a supporter of STEAM education and has advocated for changes in college and high school curricula. Additionally, she provides support and guidance to the Women in Technology (WIT) Board, Georgia CIO Board, and most recently the Alpharetta Tech Board. Marie Mouchet is the only female CIO to be selected twice as the CIO of the Year by the Georgia CIO Leadership Association – in 2012 at Southern Company and in 2018 at Colonial Pipeline. She was selected one of the “Fierce”-est Women in Energy by online industry newsletter FierceEnergy.  Marie is sought after as a speaker, a panelist and facilitator across industries and featured in two popular business books, Leading with Honor and Thrive Not just Survive.

Bill VanCuren, SVP & CIO of the NCR Corporation, shares his admiration of Mouchet by stating that “Marie is an absolute role model for all IT executives here in Atlanta.” Other friends were pleased with TechBridge’s selection of Ms. Mouchet. Jean Holley, retired CIO and OneSpan Board of Directors member, said that, “Marie is a natural mentor, a natural leader, and she doesn’t even know it. She has all the attributes you would want to mimic, a phenomenal role model.”

Marie herself remarked on receiving the award and shared:

“I am truly honored to receive this prestigious award. I have enjoyed serving in my CIO role, previously at the Southern Company and now at Colonial Pipeline. I’ve seen the role grow, expand, and change over my CIO career. Leading a technology organization is challenging and rewarding. You get to see everything that happens within your company or your organization, because no function is successful in today’s world without technology.”

Marie Mouchet was presented the Ed Steineke award by Greg Arthur, Vice President and General Manager of Insight, during TechBridge’s 20th Anniversary Digital Ball which was held virtually on September 24, 2020. Click here to watch a video of this year’s Digital Ball.

Ed Steineke was named CIO of Coca-Cola in 2010 and held that position until his death in 2016. During his time at Coca-Cola, Ed prioritized the adoption of digital technologies including software as a service and cloud migration. He worked with TechBridge as an executive ambassador in addition to serving with organizations such as Women in Technology (WIT). The Ed Steineke Award was first given in 2019 and is awarded to an exceptional CIO who demonstrates a passion for mentoring and commitment to philanthropy.

Help us   of Generational Poverty

Donate
What We Do