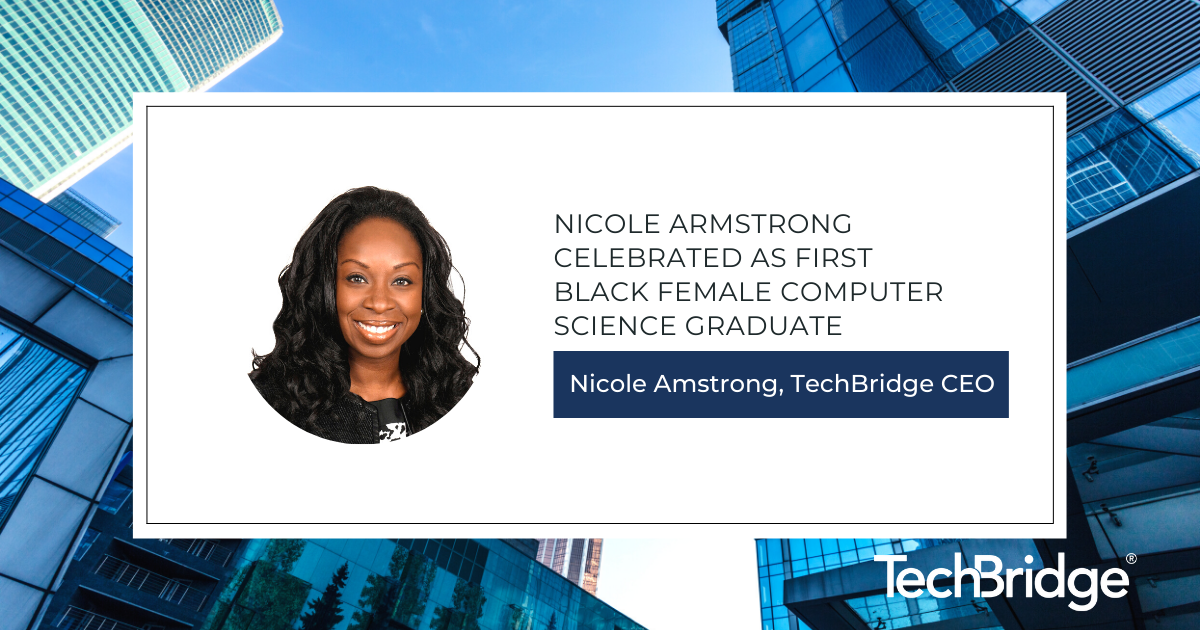 Nicole Armstrong graduated from Binghamton University’s Thomas J. Watson College of Engineering and Applied Sciences with a B.S. in computer science. As the only Black computer science student in her freshman class, Nicole shared her experience by stating, Although I was the only Black woman in my freshman cohort, I never felt like my professors treated me differently. As a person of color and a woman, the bar is always higher. It means that I need to work harder than most. Those of us breaking barriers and pioneering change have to be excellent and beyond reproach. We have to get up every day and knock it out of the park.

An early love of technology was the catalyst that prompted Nicole to pursue a STEM undergraduate degree, but working with like-minded classmates and being “surrounded by nerds” provided her with the skills and confidence to pursue a career driven by an understanding that technology can change lives.

After becoming the first Black female computer science graduate of Watson College, Nicole was prepped and ready for corporate America. Nicole went on to co-found a company with Princeton Review founder John Katzman, and together they raised a total of $12 million in initial funding. She has been featured in Vanity Fair as one of 25 Black women who founded a company and raised over $1 million in venture capital, as well as being featured on CNN as part of the Million Dollar Club, which highlights the accomplishments of Black women founders.

Nicole Armstrong currently serves as the CEO of TechBridge, a nonprofit with a mission to eliminate generational poverty through the innovative use of technology. We are proud to share this feature from our CEO’s alma mater and invite you to read the full Watson College alumni feature.

The Women in Tech You Never Knew You Needed to Thank

Salesforce Nonprofit Case Management: Why Your Nonprofit Needs It Yesterday

December 14, 2021
Success for a nonprofit is defined by achieving your organization’s founding mission through expansive community...
Nonprofit Salesforce

November 15, 2021
The end of 2021 is approaching, and your organization is likely gathering financial data to...
Nonprofit Success Pack

TechBridge
Donate
What We Do